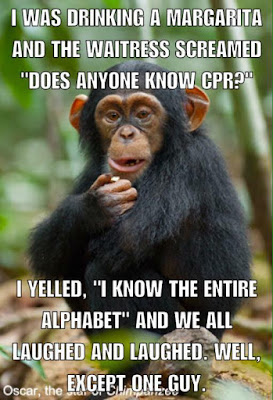 Remember I mentioned that place where I was thinking about offering my freelance trailer editing skills?

So I went through the rigamarole of setting up the thing. It only lets me submit one video, then a couple of stills. I don't know how you demonstrate samples of your trailer editing skills with one video...

I put up the trailer I cut for that indie movie with L. Henriksen, and then put some posters of my movies to show I'm legit.

I submit it without making it "live"--it says the video is processing and will be approved within 24 hours.

Three weeks later, it still says the same thing when I check it. So I hit up the support staff to tell them they haven't approved my video, and some idiot says "Oh yeah, we did it, and by the way, you have to fix your gig. Your artwork isn't original."

Right off the bat he's lying, cuz they didn't approve my video until after I got his response.

I get pretty pissed off. I send this guy an email that says, "I own all the artwork. It's copyrighted to me. It shows I'm legit, and besides, I'm not selling poster-creation services, so it's not deceptive."

Same form-letter response except this time he says I can't use "random horror images" for my thing. So I reply with some choice words. No response that time. Then I get a note that they'll consider the ticket closed if I don't respond. I respond AGAIN. Next thing I know, my ticket is closed.

Now I'm REALLY pissed. So I open a new ticket and here's the actual message I sent them:

Hey, don't give me Josey as a customer service rep because he's an idiot who doesn't respond, then closes tickets without responding to emails. He makes your company look bad, which isn't that hard at this point.

I submitted a VIDEO CREATION gig over a month ago. I submitted a video of the work I would be doing, plus two images FROM MY MOVIES THAT I OWN to show that I'm legit. Weeks later the video gig hadn't been improved and still showed that the video might take up to 24 hours to be approved.

I contacted customer service and the idiot Josey told me that "Thank you for highlighting this for us, we already reviewed the issue for you." This was a lie, as I'd re-logged in a couple of times that week and it still showed the video not approved.

Then he told me that I have to submit "Original" pictures. He claimed I can't just put "random horror movie" pictures up. AFTER I TOLD HIM THAT I OWNED THE IMAGES, and had WRITTEN AND DIRECTED AND EDITED the movies' pictures. Further, I'm not selling a poster-creation gig so it shouldn't even matter. If you let me submit more video samples of my work, then I wouldn't have to submit pictures at all.

So either Josey doesn't speak English natively, or he's flat out retarded, in which case I compliment you on helping the special needs people of the nation, but could you please direct me to someone who isn't special needs? Also, he ignored my last two emails--I got no response, then a warning that the ticket would be closed if I didn't respond soon, so I immediately replied AGAIN--next thing I know the ticket is closed. No responses.

I get why you want these safeguards, but if you're going to have them in place then you have to do due diligence. Don't tell me my images are "random horror movie" images when you can literally CLICK ON IMDB, type in my name, and find out that I own those movies.

You have a ton of foreign sellers on your site, and I've even seen some using posters that they didn't create to sell poster images. So how I'm being harassed for using images I own the copyrights to...it's crazy...and I'm not selling poster images so nobody's being deceived. I'm an actual professional, and an American, which I'd think your site would want.

So can someone look into this--ACTUALLY look into it? If not, whatever. I'd fire Josey either way--he's crap.


Got a message from another customer service rep the next day saying simply "Your gig has been approved."

So there's that. Not sure when I'll actually offer it though. Kinda busy right now.

I think we're going to the asylum Monday night to see if we get arrested when we light the place up for a few hours. (or get killed by homeless people)

Also, the wife went to the beach with the kid until Wednesday. I'm on page 35 of the script, and I want you to SHAME ME like that Game of Thrones chick if I'm not on page 60 by Wednesday. I gotta pick up this pace if I'm going to have any shot at doing this come November.

Went for more drinks and fun with Malfi. Our conversations are fucking crazy, man. From fun stuff to deep writing stuff and more. Got a decent buzz and had some awesome crab dip.
Posted by Aric Blue at 11:37 PM No comments: 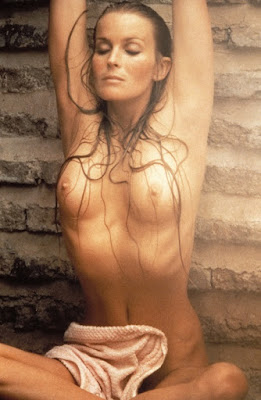 Dunno, may give this up. I'm sure you've noticed that I'm not blogging much. Every day seems pretty similar and depressing, so why keep reinforcing it by putting it here?

Anyway, saw Spidey with the kid. Was fun. Not as great as everyone says, but just what I want in a summer movie. And the best after-credit sequence they've ever had. Do yourself a favor and go in without reading about it, cuz it's amazing.

Then it turned out my lead actor from Ttory 2 and GOH was coming to town unexpectedly. I immediately try to organize so we can do that commentary and I can get these discs pressed so they're definitely done in time for the convention.

Cutting(the actor) comes down and my brother subs in for Zig who's out of town. We watch Brutal Massacre as a warm up--which is a great movie if you've ever been involved in making a low budget movie. Then we did GOH. I'm not sure how entertaining it is, cuz I'm barely buzzed.

Then on to Ttory 2. This one seems to have a bit more energy, at least from me, then about halfway through we hear some REALLY heaving breathing. No...it's snoring. Cutting has fallen asleep in the middle of the movie he's STARRING in, and it's all on the commentary.

I say "Cutting, are you snoring during the movie you're in?" and he's like "No, no." and then does it a couple more times.

The next day I interviewed him for the Making of Ttory 2 that I'm slowly working on. I haven't gotten it all organized yet, so I'm not sure I asked him questions that I'll need answers to. All of my making of's are basically mini-documentaries, not fluff pieces like most studio movies make.

And to do that, there's a lot of work beforehand, figuring out what I have footage of, what do I want other people to talk about so I don't have to be the only person on the damn thing.

Couple days later finished up the dvds and the artwork. A couple of hours ago I uploaded them to the manufacturer, so now I just have to push the button and get them to work. (but I need some money to do so...)

I'm actually combing the online wanted ads regarding editors and whatnot. Most of the jobs in this area are in SUCKY cities where I'm gonna be sitting in traffic for all day if I get the job, and most of the jobs want an editor/photographer/after effects/colorist and sometimes sound guy.

It's insane. I can do most of that, but they're not PAYING anywhere near what they need to. Hell, I saw one post that was paying $15 an hour. Are you fucking kidding me? To be a videographer and editor, and also do some after effects work?