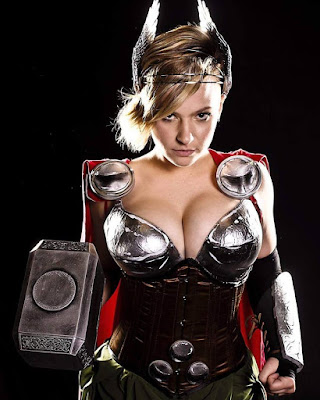 The premiere is now scheduled for ttory 2. August 30th. That means in about 3 weeks I have to have a blu ray to take up to the theater to test. I don't wanna just hand them a thumb drive, as it's super easy to copy that file to a laptop if the projectionist is a dickhead.

It's slightly more complicated to rip a blu, and takes longer(in general).

I have got a lot of shit to do. It would be a lot to do if I already HAD all the music, but I don't even have that. Still waiting for much of it. In two weeks, if I don't have it all, I'll start putting temp music in to parts of it that doesn't have music, just for the premiere.

Man, not going to get a lot of sleep this month, I can tell you that.

Looks like this weekend I'm gonna slip away to a horror con I haven't been to in a few years. The drive back has always been MISERABLE, but this time they have two guests in particular I'm interested in seeing, plus my writer buddy's gonna be there so it'll be fun drinking, and I'll probably meet some new people.

My aunt died yesterday(well, technically Tuesday the 31st). She'd been in very bad shape, but honestly, even before she got sick she'd been getting nearly intolerable. How bad? Well, my uncle--her brother--literally didn't go visit her in the last six months of her life. Yeah, he knew she was dying, but he'd had enough of her.

If my mom wasn't so nice, she probably would have done the same.

So I'm not particularly sad, even though she was my godmother. Hell, she's probably part of the reason my dad had a stroke.

Introduced my kid to Karate Kid 1 and 2. He liked them a lot.

The wife and I finally finished Cobra Kai. Not that it was bad, but I had to wait to watch it with her. Turns out it's really good. Very well written, and with just the right amount of nostalgia.

I really want to show the kid Lost Boys, but I'm not sure he's ready for real horror yet, even though it's fairly mild other than the scene where they vamp out and eat the bikers. If he was a normal fifteen year old, I'd show it to him in a heartbeat...