It's a train, coming right at me 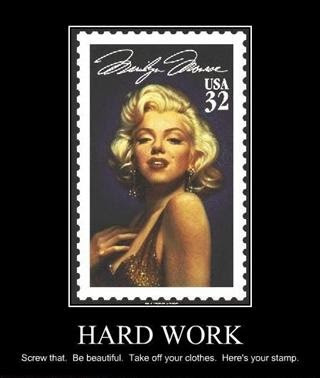 Less than two weeks away from the premiere.

Saturday I took some time and assembled the full movie, even though I'm missing music. See, all the segments of the movie are in separate timelines. I don't want to stress Premiere out by trying to do it all together.

Then Sunday I went over Zig's house(after 3.5 hours of sleep) and we watched it, making notes. It still has quite a few tweaks it needs.

I am sweating this. The stress is clearly impacting me, as I woke up in pain. The dull ache through my body that signals it a bad day for the Kango. I'm also having that weird sciatic pain that I occasionally get.

I really gotta get this thing DONE.

Work's getting weird. It may come to me having to take a full-time job elsewhere soon. I've eyed them up, but it's insane what these people expect when they're looking for a "editor". They want you to also know how to shoot a camera, how to do VFX, how to use Powerpoint, etc.

Much of that I KNOW how to do. But they're not paying enough to be hiring someone who does all that. An editor shouldn't be expected to do 3D compositing in Cinema 4D. That's an entire separate thing.

They shouldn't be expected to shoot footage. Again, not what an editor does.

And the other big thing is...the commute. Man, do I not want a commute. Most of the jobs are either in Baltimore or Silver Spring. Both have sucky commutes.

Did I tell you I'm writing a novel? Why the fuck not? You can't stop my brain unless you put a bullet in it, and you've clearly been lax about that, haven't you?

It was that idea I had for a script, but the more I thought about it, the more it feels too big for that. Coupled with the fact that a lot of studios are looking for IP(Intellectual Property), a book makes more sense. Even self-published, as a lot of those are getting optioned.

So if I do a novel, publish it, and then write the screenplay then I've got a nice package to offer.

The good news is that the whole prose-writing thing is coming back to me pretty fast. I haven't written prose in probably ten years. I had tried not that long ago and kept hitting a wall.

All of this shit means that I'm very, very busy. I just gotta make it to October. There will be breathing room there. All I'll be doing then is pimping the movie constantly. But the work will be done(until I start working on the blu ray and/or dvd...)
Posted by Aric Blue at 8:31 AM