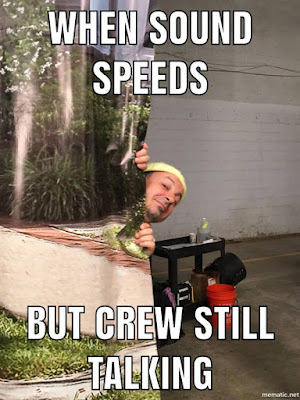 Jesus is that meme on point. EVERY. FUCKING. TIME.

Been working as hard as I can to finish ttory 2. I am SICK of working on this fucking movie. Sick to death of it. And that's a dangerous place to be for any filmmaker, as there's probably ways to make it better even now, but I'm at a point where I'm just like...ENOUGH.

Then last week was the infamous Joe Bob Briggs marathon. I'd been waiting for it for a while, ever since I'd done an actual video testimonial that Shudder should bring Joe Bob on--Joe Bob had sent me a request for it, so I wasn't gonna turn him down. (the man gave me 4 out of 4 stars on my first film)

Anyway, the night of the premiere--I was psyched. I was going to get a slurpee, pop some actual popcorn in my full-sized popcorn stand(which I don't do too often any more), and stay up for as long as I could to watch some great TV.

Shit started going wrong when I realized that I didn't have any popcorn to pop. I was 30 minutes away from showtime, and I didn't want to miss the start.

I booked out to the store, breaking speed laws all over. Ran in, grabbed popcorn. Had 10 minutes--stopped at the 7-11 and grabbed slurpees. Got home in time to turn on Shudder, hit the Joe Bob stream and--

For the next three, yes THREE, hours, I tried to access the stream. On occasion it would show me about 5 minutes of show, then cut off again.

Twitter was blowing up with everybody pissed they couldn't watch it. It was fucking crazy.

I gave up a while after that. I had seen a few minutes of a couple of movies, and it was great seeing Joe Bob in between. But I was pissed.

Woke up the next day and started watching. Was able to get much of them, but when one ended, the stream ended and I had to re-start it. It wouldn't work for a good 15 minutes, so I missed at least that much of every movie.

But man, couldn't keep the smile off my face when Joe Bob came on. Really flashed me back, man. And he was just as good as he used to be. No matter how long the marathon went on, which actually leaves me suspicious that maybe they pre-taped some of it.

Don't care either way, and I hope they give him a regular slot. They ought to, since clearly they can see he's got the fans to back them. Shudder clearly never saw this coming, or they'd have been more prepared...

Went to Arizona on Sunday. Back on Tuesday.

Not fun. Very long. The plane on the way back got delayed due to the storms here. Nothing better than sitting around in a fucking airport when you've averaged 4 hours of sleep a night for three days.

Got some music for the main story of ttory 2 when I came back. It's decent but still a little off. I'm not sure why he's not getting this one as well as he did the first one.

Would really love to wrap this all up and be done by mid-August so I can get ready for the premiere and the publicity push I'm going to do.
Posted by Aric Blue at 3:43 PM