Another Shoot Looms. The Last...? 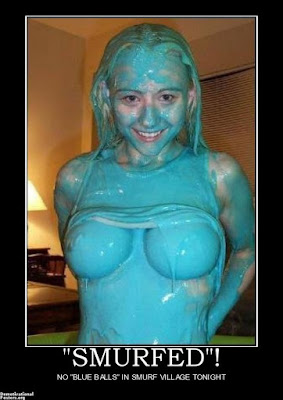 So I'm prepping the final segment for Ttory 2. Hoping to shoot the 19th, FINALLY.

Of course, the weather keeps telling me there's a possibility of thunderstorms. Why not? I've only been trying to shoot this segment for 6 months.

Will this be the last thing I shoot? Who knows. It certainly feels like it might unless we get some real money for this book I'm adapting.

The head lady at the place I work freelance has suggested pretty strongly that they'd love me to come work for them full time. I don't know what they'd pay, and it would certainly tie up much of my free time, but there WOULD be a regular paycheck...

Dunno. Haven't had a regular job in so long that I'm just not sure whether I could hack it unless the pay was GREAT.

Can't remember if I mentioned it--and don't see it in the recent posts--but some dude bought literally every movie I sell from me on Amazon. All copies of them.

I only keep a couple in general in stock because people are far more likely to buy if they see there's "Only 2 Copies Left" than if it says "10 Copies Left".

So this guy in Utah buys two GOH blu, four FOC2 Blu, 2 FOC2 DVD, 3 Ttory DVD, and pays the full shipping. Then I freak out when I can only find one GOH blu--I knew I was running out. I find one other copy with a price tag on it--it's the display copy at the cons, but it's unopened, so I pull off the sticker and send that.

I just can't figure out WHY this guy wanted them all and paid full price plus shipping. If he's a dealer, he overpaid. Only way I can see it working to his advantage is if he owns a video rental place. More power to him if he does.

I threw in a couple of freebies and a note saying if he needs more to contact me directly and I can hook him up wholesale. (but the GOH's are GONE)

Which leads me to wonder...should I do a GOH DVD? I never intended to, but over the years people keep asking. And as I've mentioned before, the FOC2 DVDs have still FAR oustold the blu's...

So I took a couple of days and made a dvd fairly fast. Then I think..."Man, with the new color correction tools, I could probably make this flick look better..."

What do you think? I won't tell you which is which, but tell me which frame looks better to you. 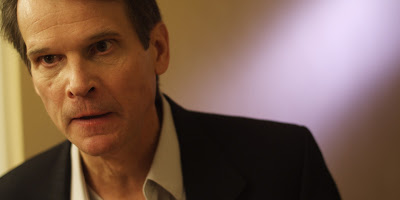 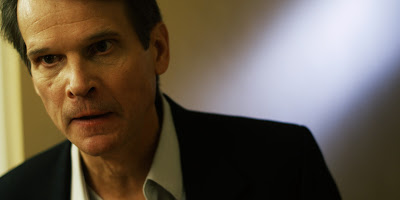 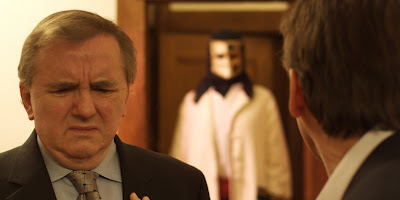 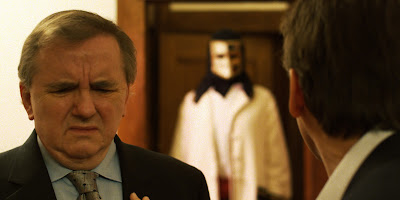 It's subtle in most places, but when I play it on the screen it definitely looks better. You like the first version or the 2nd version better? Make sure you blow them up to see the diff.

I didn't think I could fit anything other than the movie on the dvd, but with some work I managed to get the Making Of and the commentary on there. So when I get some time/money, I'll probably do a run of 100 just to see how fast it sells. It's pretty cheap nowadays, so worth a try.

That actress/model who's going to be in Ttory 2 has now gone from like 40K followers on Instag to a quarter million. I feel like she'll be quite a catch to be in the flick, which is one more reason why I really can't afford to NOT do it.

Did I mention that my brother and I have been trying to watch the Star Trek Discovery show with my dad? It's been less than interesting. So much so that I told them that if the mid-season finale(episode 9) wasn't better than we could just give up on it.

They were all cool with it. Episode 9 was pretty mediocre, but at the end they get thrown off course by a wormhole, and don't know where they are.

Whatever. I told them we were done, that I'd watch the rest in the background while I worked and let them know if it got interesting.

Well, episode 10 finally did. (which is a pretty shitty track record...)

Turns out they got thrown into the mirror universe, and a semi-main character gets killed. We get to see some alternate versions of the characters. Still not endorsing the series, but at least it's gotten a little better.

Finished Counterpart, a Starz series. Very good, and worth watching if you like realistic sci-fi. A more grounded Fringe, really.

The bottom ones of each picture look clearer. I'm on a phone so if they are side by side, the right?