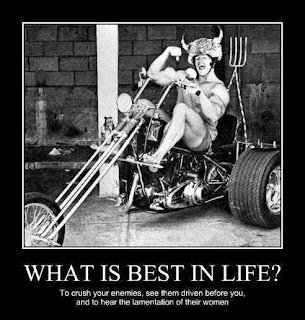 Rather than do a top 10 list I'm just going to list some of the stuff that I enjoyed this year.

I don't know why The End occurs in three of the movies I name. I just don't.

Music. The songs I listened to a lot this year. Some of these may surprise you. With Youtube links where applicable.
Ways to Go by Grouplove - bizarre video though...

Hold On(We're Going Home) by Drake - I don't even know who he is, but this song really stuck in my head

Get Lucky by Daft Punk - talk about catchy...

Hesitation Marks by Nine Inch Nails - I know a lot of NIN fans who hated this album. While I didn't love it, it did have some good songs. From Came Back Haunted to All Time Low to Satellite, it's got some good ones.

Hate Department made a come back this year with New Ghost. Has some really good songs, but my favorite is probably Broken Rule. Sorry, no link but you can check them out here.

The Books:
Never Go Back by Lee Child - I've made no secret of my insane love of these books. Have been reading them since before nobody knew who Jack Reacher was. They always seem to come out every year in my birthday month, so I just consider them a personal bday present from Mr. Child. It's great that he does one every year. Reliable author, unlike that douchebag George R. R. Martin, who clearly is never going to finish that series.

Wise Man's Fear by Patrick Rothfuss - You like fantasy? Like, really really well-written fantasy? This is book two, so do yourself a favor and get the first and this one. I'm a little worried that he's only putting them out like once every 3 years, but they are worth the fucking wait. Phenomenal series.

Best Served Cold by Joe Abercrombie - I probably never mentioned, but this author is like my rainy-day author. I devoured his first trilogy, which is one of my all-time favorite fantasy series(The First Law trilogy)--I even emailed him at the time. He was a no-name author and also UK film editor--he emailed me back, was very nice. Now he's hit it pretty big, with most of his stuff getting picked up for movies/TV/big publishing houses. Anyway, he had three more books come out set in that world and I just bought them and set them aside for when I was feeling particularly shitty. And man, does Best Served Cold hit it right. How he takes a ton of mostly despicable characters and gets you rooting for them...it's pretty amazing. You can read Best Served Cold having never read any of his other books and you won't be lost. Get it. FAST read, too.

There ya go. Probably missing some stuff. But I don't really keep good track of this stuff...
Posted by Aric Blue at 12:53 PM No comments: 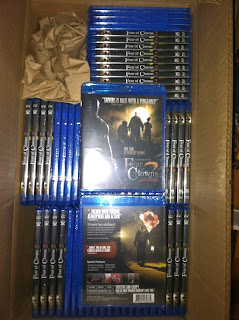 The FOC2 Blu arrived a day ahead of schedule.  Looks good. I'm going to start letting web sites know, but apparently many of them have already found out...they're all emailing me to request comp copies.

It just can't happen. These things aren't particularly cheap, so I didn't order a ton of them. If I sent one to every web site that asked I'd give away a third of what I've got. Then even if we sold them out I wouldn't make any money.

Gotta figure out how to tell them that without them calling me a douchebag.

UPDATE:
What did I watch, Christmas-wise? Christmas Vacation(still great) and Kiss Kiss Bang Bang(still great). Got Night of the Comet on Blu from the wife, which I'm psyched to watch in hi-def. Perfect timing, as it's set near New Year's Eve.
Posted by Aric Blue at 2:40 PM No comments: 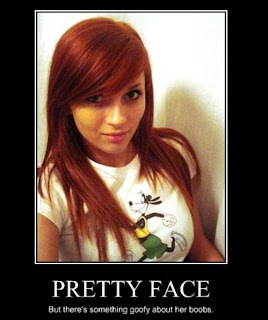 Man, two weeks since I did a post? I'm not even sure where time's going.

The FOC2 Blu is off to the printers, and they claim they'll be delivered to me on December 20th. A number of people have already pre-ordered them, which is cool.

Went back to the GOH Blu to do final touchups. Spiced up the opening menu a little bit more, and it's probably the best opening menu I've done yet. Also threw in "The Box" thing Luke and I did as an easter egg. I think we'll have these run in early January.

My plan is to just do as many of my movies on my own as I can. Get them streaming in a lot of places also, so it's easier to find my films and yet I'll be in control of how much it costs, and can clearly see where we're making money.

Went out to a buddy's shoot on his web series. He had a big day of green screen work, and since there's a great chance I'll be helping him out on VFX, he wanted me to over-see and make sure he wasn't screwing anything up.

Went out and did that all day. It snowed for a bit. Also turned out to be like 2 miles from Luke's house, so I swung by there afterward and we watched some flicks. Or, tried to.

We put on Parker. It was pretty bad. Payback is a much better film featuring that character. I turned it off like 30 minutes in.

Went to Nightmares. A 1980s movie that I vaguely remember when I was a kid. It's all over the place, and pretty boring. There's some nudity, so I guess you can see why I liked it when I was 12. I turned it off after like 20 minutes.

Turned on Europa Report. Might not have been in the mood, but I was bored and a little confused. Turned it off after 15 minutes. We were all getting a little frustrated.

Christmas is barreling toward me. Haven't done much shopping. Gotta get out and get some stuff I guess. Got my wife's gift, so I guess that's the most important one, right?

My granddad died last night. I only note it for my reference. He was 94, and really not enjoying life at all. Very confused, frail. Not at all how he was through life--he was a Navy man, and pretty tough. He scared me and my brother often when we got out of line.

Here's a picture of him, my brother and I from 1974 in Boca Raton Florida. He and my grandma are the reason I've been a dolphins fan since I was little. 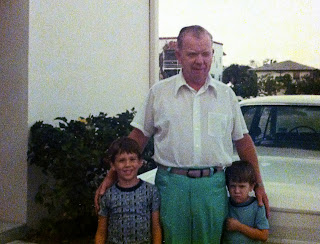 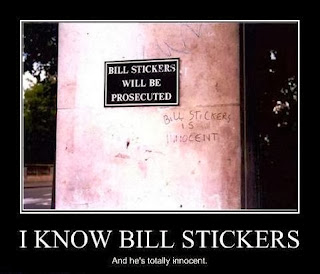 Still working on the FOC2 blu but I see the light at the end of the tunnel.

In preparation I've been updating my company's dvd store page. It's always sort of looked like dogshit because I'm not a graphic designer nor am I a web designer. It's simple and functional, and we still sell stuff occasionally through it.

My new update's not going to knock anybody's socks off. For Christ's sake I still use notepad to program them. Why I don't break down and take a look at Dreamweaver(which I own)...I guess because I don't wanna learn any more programs...

But Christ is designing intricate nested tables a pain in the fucking ass in html.

This is sort of a preview(I'm working on it) of the larger image for when they click on the FOC2 blu thumbnail:
http://kangaskahnfilms.com/v-web/productpage/images/foc2-blu-more.jpg

Also, I believe the plan to self-distribute GOH is going into effect. I'll release half of the movie in chapters, the way we wrote it. Here's a preview of that page, on which you can actually already see a full 10 minutes of the film. (Don't spread these links please)
http://www.kangaskahnfilms.com/gohedon/chapter-index.htm

I think we'll do the new commentary on Friday for FOC2.

Pretty messed up news about Paul Walker. Seemed like a nice, down to earth guy. I can think of about 1000 other actors I'd rather have seen go like that.