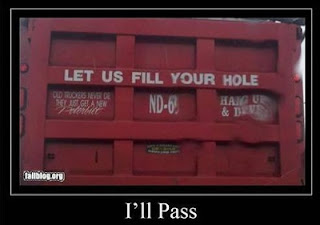 Had to go into town today. I don't normally go into Baltimore because, contrary to what some people think, it FUCKING SUCKS. (totally thinking of that line reading from Tango and Cash there)

Traffic up the ass. They have also blocked off one block of the main road out of town so you have to drive around it and come back down to get out due to the one-way nature of many of the streets.

Then when I left the Parking Garage--the Parking Garage that had a sign with big letters that said PUBLIC PARKING $10!--they said I owed them $26. That's $26 for 1 hour and 42 minutes. I said to the lady, "Say what?"

She says, "$26". I said--"Sign out there says $10". She replies, "That's the special if you stay all day and leave after 4pm". Apparently the sign may even say that in very tiny letters.

So eat a dick Baltimore. When you continue to go bankrupt, think about all the people like me who avoid your shitty town unless we're forced to come in. I hope your fucking football team loses this weekend.

In other news, here's a little helpful hint for those of you authoring Blu Rays with Encore CS5: Make sure all of your assets(movies) are DONE before you try to make a Blu Ray.

I made a rough copy of the Blu Ray, but some of the supplements weren't done or had problems. I just figured I'd fix them, then replace the asset with the new asset. Well, every time I tried to author I got an error code with no reason behind it. It didn't show up when you ran the Check For Errors.

It pointed to one timeline in particular, one of the ones with an edited supplement. So I deleted the Timeline and rebuilt it. Tried to burn it again. Got the same error on a DIFFERENT timeline.

So long story short, I rebuilt the entire Blu from scratch again. Here's another tip: ALWAYS use the Button Override instead of the Timeline Override. You'll thank me later if you know what I'm talking about. 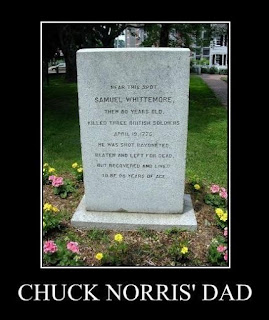 Not me. That would be Stewie. But I've been pretty bad lately.

Did a burn of GOH. Man does it look magnificent on the disc. I might still tweak some of the color correction but all in all it looks pretty great.

Had some fuck ups in the Making Of segments Like, I have a Play All or you can individually pick segments. When you do that you need to put each segment on its own timeline and link them all for the Play All. But then you need to make sure each timeline leads back to the menu on its OVERRIDE option.

A couple of them I forgot to do that on.

Got out to see Last Stand with Arnie and Mama. Both were okay, though Mama REALLY falls apart at the end. Has some cool stuff in it. Let me just say that Jessica Chastain is SO much hotter in this movie than Zero Dark Thirty.

I'm thinking February 1st for the commentary. If I can get Zig and Luke to commit, we'll do it that night. Just gotta figure out how to rig up the setup again.

I will endeavor to be more interesting next blog post. I promise.
Posted by Aric Blue at 10:57 PM No comments: 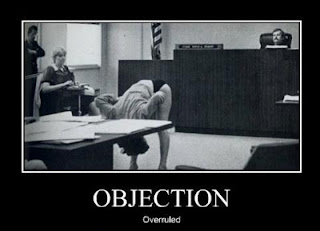 Working on the GOH Blu Ray in Encore. Made a motion background for the main menu. It's okay but nothing spectacular.

Finally decided that I gotta break down and do a pretty decent job of color correcting on the film. Did you know Black Magic has a free version of their professional level software Davinci Resolve? It has almost all of the full features the $1000 version does.

Only downsides are this: You need a monster of a computer to run it and the Instruction Guide is 864 pages long.

On the first front I sort of pass. See, I have a nice graphics card but the Resolve wants the full use of the CUDA cores--so they don't want you to plug your monitors into that graphic card. They want you to have 2 cards, one for your monitors and one for the program to use.

It will run without that mind you--I went ahead and unplugged 1 monitor and ran the program. It runs fine but it took me five minutes just to figure out how to change the media folder to the folder I wanted. For me to use this program I'd have to spend a weekend reading and experimenting.

Not really willing to do that right now. So I went back to Premiere/After Effects. I did a basic Level correction for the premiere. Nothing fancy, but it improved the picture.

Now I'm going in messing with actual colors and looks, and will individually affect parts of the picture. (like, darkening part of the picture while leaving the area where I want someone to look at its normal brightness)

This shit is time consuming. Offhand though, I want you to take a look at this, the first scene of GOH. Let me know which part looks better to you. It's all opinion based but I'm curious if you think this looks better than the original.

It's tricky because I think some of the color is gone but it definitely seems to be "crisper" to me.

Anyway, only a couple of weeks until I think I unveil my plan and see what happens regarding the experiment on GOH. I fully expect failure, but who knows?
Posted by Aric Blue at 1:16 PM 2 comments: 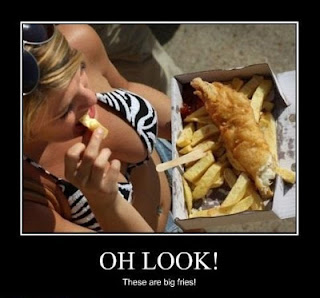 Wow, has it really been over a week since I posted? Man, that Bellware guy puts me to shame. He's got like 50 blogs and he posts on all of them like 10 times a day. I'd like to say I'm not blogging that much because I'm so much more productive than he is but he makes like 20 movies a year.
(like, here's the trailer for one of the newer ones he just posted: http://www.youtube.com/watch?feature=player_embedded&v=XnCt_NxreKs  )

So fuck that guy. Hey, also though I think he's lost his mind.

I was gonna reply to a couple of posts on his blog but then I gotta do a captcha for each response and some of those are harder than Calculus so I'll just respond here.

He said:
I absolutely hated John Dies at the End. It's not even a hot mess. It's just a mess.
I had the opposite reaction. I liked this movie a WHOLE LOT. I don't agree it's a mess at all. It felt like a William S. Burroughs story that actually made some sense. It was fun with some cool old-school prosthetic effects and some great actors having fun. (Clancy Brown is always awesome).
Granted, I never read the book so maybe it's just that he had expectations from the book.

The weird part is that he then goes on in another post to extoll the virtues of the new Total Recall movie. Now, I haven't seen it so I can't really comment other than to say I'm betting it's a pretty horrendous movie. I hear it's not even set on Mars.

In another post he says Django Unchained uses quite a bit of CG Blood. Now, I have no inside knowledge and haven't looked it up, but I would bet that 99% of the blood in that movie is real, honest to god fake blood. Non-CGI. If it isn't, then it's the best looking CG blood ever committed to celluloid.

I think the only thing we agreed upon lately is that neither of us seemed impressed with Zero Dark Thirty. I mean, I felt exactly the same way I felt after I saw The Hurt Locker: "WHAT is the fuss all about?" Decent movies but not even close to the best flicks of the year.

Oh, and we both liked Judge Dredd.

Anyway, enough Bellware. That sonuvabitch thinks he can come over and own my blog now too? Man, he's already got 10 blogs, now he needs another!

Tomorrow maybe I'll give ya some of the details of my Cali trip. We'll see.
Posted by Aric Blue at 5:15 PM 5 comments: 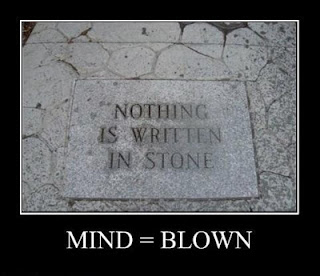 the New Year's Eve. Pretty uneventful. Sort of boring. Band was pretty mediocre and they even played shitty music during their breaks.

And then they had the nerve to attempt Def Lepard's "Pour Some Sugar On Me" back to back with GnR's "Sweet Child O Mine"...I mean, they're an okay band but you're trying two of the greatest rocks songs of all time right there.

Shortly after they tried Purple Rain, and they paled in comparison. I think from now on I'm gonna take my headphones and whenever they try a song I like I'll boot it up on the iphone, jack into the headphones and then I'll be able to dance to the song.

Anyway, not much to say but thought I should pass on this video which is HYSTERICAL. Luke pointed it out to them. It's got raunchy language so don't play it loudly if you're in mixed company.

BADMAN
Posted by Aric Blue at 4:21 AM No comments: