Am working on the shooting script for GOH.

This past weekend I got to check out the Red One camera up close. Man, it is sweet.

My D.P. on GOH was helping shoot a music video with it. The shoot was a disaster. They didn't shoot a frame until about four hours after I got there. One of the band members was fired because he wanted to leave early.

But I shot with it, and am very excited to see the new flick take shape.

Watched The Bird With The Crystal Plumage, which was on a lot of people best-of-Giallo lists. Not sure why. It's actually a pretty ridiculous story without any nudity and with very mild gore.

Watched Frozen. This is a pretty good film. Has some very tense moments to it. Adam Green didn't impress me with Hatchet like he did everybody else, but since then he's surprised me with Spiral and now this.

I have some other Giallos to watch--am interested in the lighting schemes they used to achieve that freaky other-worldlyness .

Am finishing casting choices. Am trying to catch a big fish for one of the roles, but am not feeling all that hopeful.
Posted by Aric Blue at 4:01 AM No comments:

Get off my ass, AHA

No, not the band who sang Take On Me.

The American Humane Association. I'm not sure where they stumbled across the fact that I'm making a new movie, but they started emailing me form letters that start out thus:

Now, my movie doesn't have any animals in it, so I just ignored them. Then I start getting postcards in the mail asking me to check off whether there are animals and if so, what kind, etc.

Man, it's tiresome. I'm not required to do anything because my flick isn't union, but I filled out the card anyway because at this point I just want them to shut their face and leave me alone.

But enough already...
Posted by Aric Blue at 5:50 PM No comments: 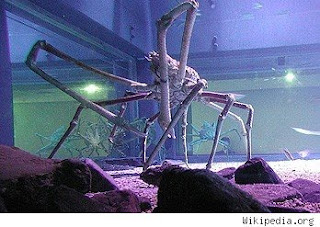 From a news article about the craziest insurance policies ever taken out:

Japanese Giant Crab
Don't worry -- Japanese giant crabs aren't something you get from sleeping with horrible tentacle monsters without protection.

The Birmingham Sea Life aquarium in the U.K. took possession of a giant crab (also known as the Japanese spider crab in case it wasn't horrifying enough), an armored, alien-faced arachnid 10 feet across.

Oh, and they call it "Crabzilla." Sea Life officials tried to assure everyone, saying: "He's not aggressive, and they should have nothing to worry about," before taking out a policy against visitor death and permanent disability for over $1.5 million.

Call us crazy, but "nothing to worry about" and a million-and-a-half-dollar insurance policy are seriously mixed messages -- which add up to the alien supercrab ripping your face off.
Posted by Aric Blue at 6:14 PM No comments:

So, my buddy Joe is shooting his movie right now. I told him I'd come out Saturday and help him Saturday/Sunday, 'cause I know you can always use another hand, especially one who is as experienced as I am. (read: Know It All)

Quick sidenote I've blogged about but I'll recap: There was a time when making movies was fun. Back in high school and college. You and a bunch of other like-minded people coming together to just MAKE something. To CREATE.

It was a new experience, because I'd been writing for years by that point, so I was used to creating by myself. A solitary, lonely thing that can drive you to some insane places.

And then here I am, suddenly fitting in with other people and having a good time in the pursuit of something that seemed fresh and sometimes noble, no matter how much blood and nudity was involved.

Somewhere that stopped. Making movies became about killing myself with work and worry, about finding distribution, about bullshitting people who were trying to bullshit you. It was a struggle because for the most part, being a director is waging a war by yourself.

Sure, there's other people there. You can get lucky and still find the occasional person who is there for the love.

But for the most part they're just there for the paycheck, or to network, or to stroke their ego. The second the scene's a wrap, they are gone, leaving nothing but a smoke trail and a pile of equipment to load up.

I have been trying to figure out why and when this all changed, from fun to agony, and perhaps I found a piece of the puzzle this weekend.

I showed up at the shoot on Saturday evening. A bunch of people, a crowd scene where there's an outdoor party, bonfire and all. I played an extra, hung out, and shot stills for Joe. I bullshitted with other local filmmakers and people I've known for a while.

Joe was stressing. He was pretty frazzled. Not really like him normally, so I guess some shit had gone wrong or something else was bothering him. Not sure what it was.

But he clearly wasn't happy, or having fun. And he was standing away from everybody else, pacing, deep in thought.

And I thought, "That's me on my set...he's not having fun, because there's so much pressure on him right now..."

But as for me at his shoot, I have a blast. I have a good time the next day even though I'm sleep deprived, tired, and hungry. Lots of laughs, interesting conversations, and people who are having fun being there. (for the most part)

Back in high school and college there was no pressure at all. If what you made was shit, big deal. A couple of beers that night and you'd forget, and the next day it was back at it. To quote Jack, "Daddy's making art."

But we don't have that luxury now. We have families, money riding on the line, and other responsibilities(and that sucks, yeah)...but there's got to be a way to ease the pressure off.

So I'm gonna try to have more fun on this next flick. I already know it's gonna look better than any movie I've ever shot, and it will be far superior in directing. I've got some incredible actors at my disposable, and if they'll take a chance with me on this one I think it will pay off.

We'll see. Maybe this will be rejuvenating. I know it's no consolation, but thanks Joe! 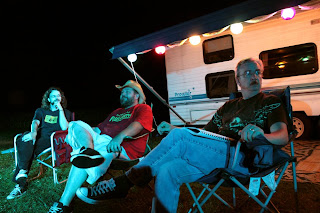 My new flick is coming together. Go to http://www.indiegogo.com/GOH and see the new poster and teaser, and then get your name in the credits by donating cash! Yes, for $100 you can name your credit in the end creds. For $150 or more you get a front end credit and a credit on the poster!

Anyway, it's a weird flick. I've been trying to think about looks, since it's not like we ever have a production designer. And I've been thinking, I used to see a few giallo flicks back in the day(probably 15+ years), and there's a look to them. I'm not sure what it is.

It's not just that Italian chicks are so smokin' hot for some reason.

There's a color or lighting scheme that always kind of signals that it's giallo. So I'm going to be watching some of them to see if I can figure out exactly what it is.

Last night I watched Tenebre. A pretty good flick but not a lot of the color I'm looking for.

I have Suspiria, Bird with the Crystal Plumage, Blood and Black Lace, and Deep Red on tap. I'm trying to find Murder Mansion(which sounds uncomfortable close to my flick, but I'm sure will be very different) and Amuck because I hear they're the right direction for me to look at.

Meantime I watched Humanoids From The Deep. Never saw it before. I liked it, but had I seen it when I was 12(which was when it came out) I'm sure I would have LOVED it.

Also have Ghost Writer and the original Piranha to watch soon. Never saw GW but saw Piranha when I was young and LOVED it.

Anyway, auditions today. Fun fun.
Posted by Aric Blue at 12:19 AM No comments: 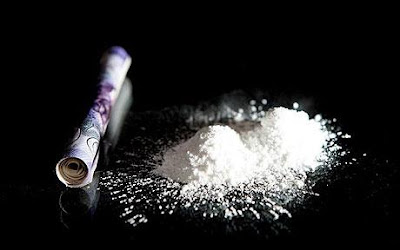 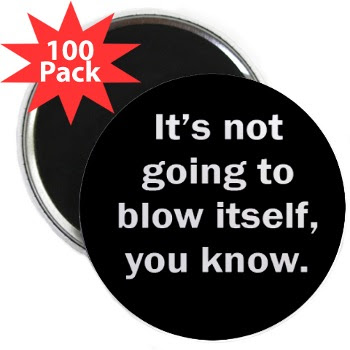 You know how people can always hotwire cars in movies? Let's skip that it's not THAT easy and it's not the red and white wires. Move to where they're rubbing the wires together and getting sparks. The car starts, and they then proceed to twist the wire together with their naked fingers.

In reality this is gonna result in them getting at least a mild shock, if not outright electrocuted. You simply cannot touch live wires...I've done it and can attest that it's not fun.

Second is one you see more in TV shows than anything. Cops find a bag of suspicious powder which they dip a finger in and taste it. Yep, it's cocaine.

Say what? Not only will that cop have buzzing gums and a slight high, but he's totally failing every piss test for the next few weeks. And nevermind the fact that it could cyanide...I mean, no cop in his right mind is gonna taste a powder of unknown origin.

Cops in reality add the powder to a bag inside a chemical. If it turns a certain color, it's a drug. But that's not so cinematic.

Still, these are two things you will never find in one of my flicks...

Updated: So I asked my dad, an electrical engineer about the twising wires thing. And lo and behold, I am wrong. He says there's only 12volts in the ignition wires and it takes around 40 volts before you can feel it. Unless you were in a puddle of water you probably wouldn't even feel it he says.

So there ya go. It's now my favorite MISTAKE.
Posted by Aric Blue at 8:13 PM No comments: